Much of the intelligence can be invested in ignorance when the need for illusion is deep. – Saul Bellow

During the first week of September, a news item in a major newspaper did not raise much eyebrows. Most people knew that the ownership of assets was woefully unequal in India. But serious readers were a little surprised

They had often heard that 90% of the wealth in India belonged to the richest 10%. But here’s news based on a National Sample Survey (NSS) that found only 50% of the workforce belonged to the top 10%. Something was clearly wrong.

Then the penny drops and the connection is made. The NSS may be right. The same is true of the old belief that 90% of the wealth belongs to the richest 10% of the population. But how to reconcile the two beliefs? The answer lies in how each one chooses to calculate the value of assets.

This survey shows that inequality in India was not so bad after all. Having 50% of assets cornered by 10% is not as bad as having 90% of assets held by 10%.

Yet NSS is not wrong. He probably went through some apparent evaluations.

Illusions about the value of land

Take, for example, the value of farmland. As long as it remains classified as agricultural land, the value is close to one-tenth (or even less, depending on its proximity to a busy business center) of non-agricultural land (NA). The person who authorizes this conversion of farmland to NA is the local land agent or district manager, the collector. If they give the green light, the valuation takes off. 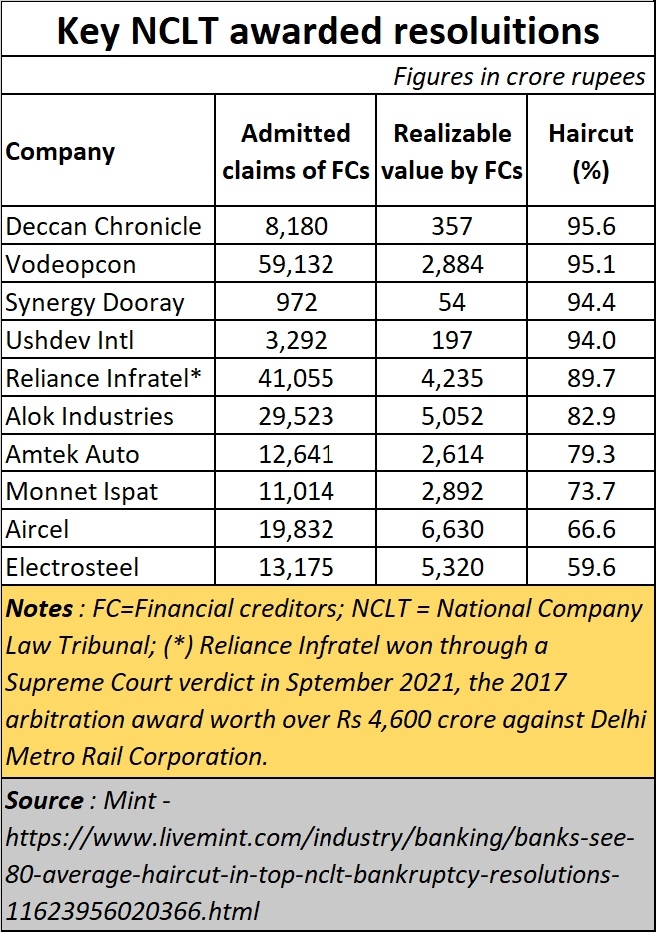 So savvy real estate developers buy farmland, don’t bother changing their status to NA right away. The conversion from status to NA is only done when the need arises. This way, they save on property taxes (NA lands attract higher property taxes).

So the developer borrows Rs. 100 (a theoretical figure), buys farmland at Rs.30. He knows very well that his value will be at least Rs.100 when he converts it. In fact, it could also go up to Rs. 200 or Rs. 300, depending on the dynamism of the markets.

Now suppose the government enforcement branch (ED) grabs this land and then puts it up for auction, it may be able to get an appraisal of only Rs.10 – not even Rs. 30 the sale price. Regulatory clearance makes all the difference.

Usually, collectors (who are normally agents of the IAS) convert large plots of land at the request of that state’s Minister of Urban Development. If the palms need to be greased, this is shown as a cost to do business. Usually this is a fake receipt to balance the developer’s books. All the actors – the local land agent, the tax collector and the minister have enormous discretionary powers, and the higher authority always has the right to overrule any order given by the lower authority.

Let us now take a concrete example. Take the case of Dewan Housing Finance Limited (DHFL). The NCLT (National Company Law Tribunal) cleared the Piramal group’s proposal which proposed to prepay in cash Rs. 12,700 crore and a total of Rs 37,250 crore thereafter for assets estimated at over Rs. 80 000 crore. This was challenged in the Supreme Court by Kapil Wadhawan, the former promoter of DHFL.

Rather, he offered to pay the entire principal outstanding of Rs 91,158 crore to the creditors. In his letters, Wadhawan said about Rs 9,062 crore was lying with DHFL, according to the company’s balance sheet. He said this would be used for the initial repayment of unpaid debts of small investors and that the major breach would be non-convertible debentures (NCDs) held by the public.

The Supreme Courts (rightly) rejected this offer. DHFL had been dragged to the NCLT because it had failed to pay its creditors. And regulations do not allow defaulting developers to recover their assets at discounted prices.

Investigative agencies claim that fake invoices were also found at DHFL. But that could be explained. Much of the money involved in real estate development is acquired legally. Many bribes required to obtain regulatory approvals are paid illegally and must be covered with false invoices.

What Piramal will have to do is what the DJFL promoters would have done in any case – obtain regulatory clearances for all assets worth around Rs.80,000 crore (author’s estimate). It requires deep pockets, good relationships and a good understanding of how the property development market works.

If there had not been discretion with authorities and land conversion, and obtaining fairly transparent and time-limited permissions, the bribes that must be paid would not be so students. If property taxes on all land acquired had been the same – both before and after conversion, the temptation to retain the old status until an appropriate time would not have been so great. 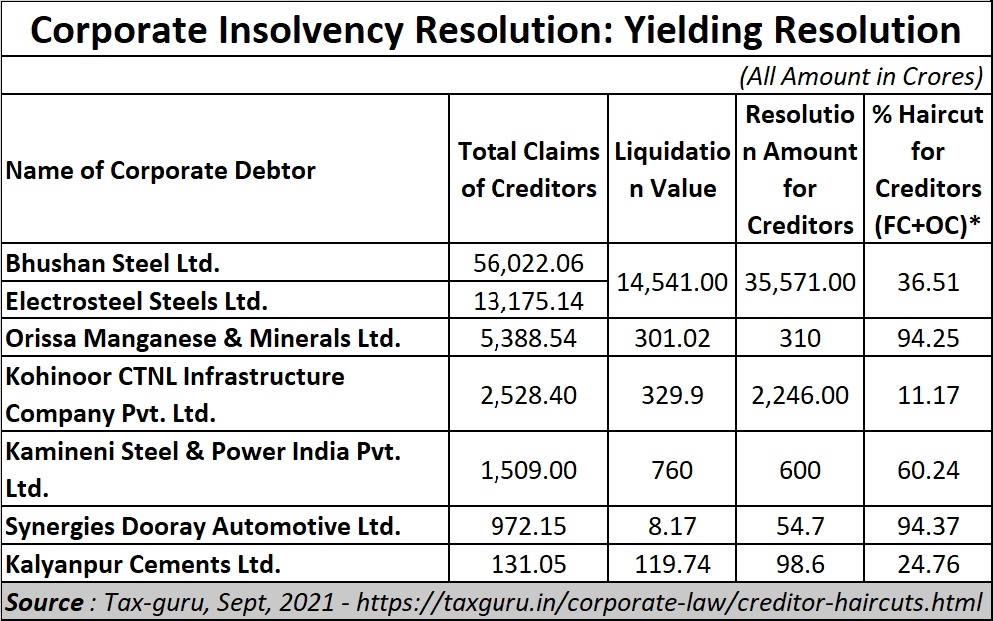 Obviously, successive governments have allowed these discretionary powers to remain because they are a wonderful source of slush funds. The whole real estate development market has ignited due to the freezing of the money markets due to the IL & FS crisis. It should be remembered that IL&FS was also looking to find efficient ways to get regulatory clearances for huge land banks it had acquired from Maytas (former subsidiary of Satyam) which was later bought by IL&FS and renamed. The mess at IL&FS is still being worked out. Many corporate insolvencies arise from delayed and contested payments by government-owned entities.

The government can be temperamental too

Sometimes the government itself can precipitate a financial crisis. Take the recent case of industrialist Anil Ambani trying to claim his dues from Delhi Metro (DMRC), a government-owned entity. In the first half of September 2021, the Supreme Court upheld a 2017 arbitration award won by DAMEPL from Anil Ambani, an ad hoc vehicle launched by Reliance Infrastructure. This suddenly made the Anil Ambani group richer by around 5,000 crore rupees.

DAMEPL had won the prize of Rs 2,800 crore in 2017 in an arbitration award, but DMRC has challenged that decision. The case was taken to the Delhi High Court which also ruled in favor of DAMEPL. DMRC then appealed to the Supreme Court to challenge the Delhi High Court’s order regarding the granting of interest and other matters. The decision to challenge an arbitration award caused a delay of more than four years.

In fact, as its author has repeatedly pointed out, the government (usually through its entities such as DMRC) remains the biggest litigant before the courts. Even the Law Commission called him a compulsive litigator. This in turn lays a key in the proper functioning of financial markets.

So, if the government is really serious about an Atma Nirbhar Bharat (Self-Sufficient India), it must curb this huge generation of sleazy by the authorities through regulations that allow caprice and discretion. The market regulator, SEBI, is guilty of whims and inexplicable decisions made using its discretionary powers. As these columns showed two weeks ago, even the RBI is guilty of this. Discretionary powers must be reduced and a transparent process is urgently called for.

Can the government clean up this mess?

The author is a consultant editor at the FPJ

(To receive our electronic paper daily on WhatsApp, please click here. We allow sharing of the PDF document on WhatsApp and other social media platforms.)